Please see link below to interesting article on The Feldenkrais Method.

After two hourlong sessions focused first on body awareness and then on movement retraining at the Feldenkrais Institute of New York, I understood what it meant to experience an incredible lightness of being. Having, temporarily at least, released the muscle tension that aggravates my back and hip pain, I felt like I was walking on air.

I had long refrained from writing about this method of countering pain because I thought it was some sort of New Age gobbledygook with no scientific basis. Boy, was I wrong!

The Feldenkrais method is one of several increasingly popular movement techniques, similar to the Alexander technique, that attempt to better integrate the connections between mind and body. By becoming aware of how one’s body interacts with its surroundings and learning how to behave in less stressful ways, it becomes possible to relinquish habitual movement patterns that cause or contribute to chronic pain.

The method was developed by Moshe Feldenkrais, an Israeli physicist, mechanical engineer and expert in martial arts, after a knee injury threatened to leave him unable to walk. Relying on his expert knowledge of gravity and the mechanics of motion, he developed exercises to help teach the body easier, more efficient ways to move.

I went to the institute at the urging of Cathryn Jakobson Ramin, author of the recently published book “Crooked” that details the nature and results of virtually every current approach to treating back pain, a problem that has plagued me on and off (now mostly on) for decades. Having benefited from Feldenkrais lessons herself, Ms. Ramin had good reason to believe they would help me.

Rather than dismiss all therapeutic methods that might not have full scientific testing to support their effectiveness, I think that each...

As a long-distance runner and Boston Marathon qualifier/finisher, I've had my fair share of recurring hip and knee pains. In one particular...

I reached out by email to the only Feldenkrais practitioner I could find listed near Annapolis, Maryland, and received no response....

In her book, she recounts the experience of Courtney King, who first experienced crippling back spasms in her late 20s. Ms. King was taking several dance classes a week and practicing yoga, and she thought the stress of these activities might be causing the pain in her tight, inflexible back. But after a number of Feldenkrais sessions, she told Ms. Ramin, “I realized that the pain had more to do with the way I carried myself every day.”

Even after just one session, I understood what she meant. When I make a point of walking upright and fluid, sitting straight, even cooking relaxed and unhurried, I have no pain. The slow, gentle, repetitive movements I practiced in a Feldenkrais group class helped foster an awareness of how I use my body in relation to my environment, and awareness is the first step to changing one’s behavior.

One common problem of which I’m often guilty is using small muscles to accomplish tasks meant for large, heavy-duty ones, resulting in undue fatigue and pain.

The group class, called Awareness Through Movement, was followed by an individual session called Functional Integration with a therapist that helped to free tight muscles and joints that were limiting my motion and increasing my discomfort. Using gentle manipulation and passive movements, the therapist individualized his approach to my particular needs.

The ultimate goal of both sessions is, in effect, to retrain the brain – to establish new neural pathways that result in easy, simple movements that are physiologically effective and comfortable. Although the Feldenkrais method was developed in the mid-20th century, neurophysiologists have since demonstrated the plasticity of the brain, its ability to form new cells, reorganize itself and, in effect, learn new ways to do things.

Get the best of Well, with the latest on health, fitness and nutrition, delivered to your inbox every week.

You agree to receive occasional updates and special offers for The New York Times's products and services.

The beauty of Feldenkrais lessons is that they are both relatively low-cost (group classes average $15 to $25, individual sessions $100 to $200) and potentially accessible to nearly everyone. There are more than 7,000 teachers and practitioners working in 18 countries, including large numbers in the United States. You can be any age, strength, fitness level and state of well-being to participate. The exercises are slow, gentle and adjustable to whatever might ail you. Their calming effect counters the stress that results in contracted muscles, tightness and pain.

Many Feldenkrais practitioners, like Marek Wyszynski, director of the New York center, start professional life as physical therapists, although many other practitioners begin with no medical background. They then undergo three and a half years of training to become certified in the Feldenkrais method.

Mr. Wyszynski explained that he starts by observing how patients are using their skeletons – how they sit, stand and walk in ways that may cause or contribute to their pathology, be it spinal disc disease, arthritis, shoulder pain or damaged knee joints. In accordance with Dr. Feldenkrais’s astute observation, “If you don’t know what you are doing, you can’t do what you want,” patients are then given a clear sensory experience of how their posture and behavior contribute to their pain and physical limitations.

For example, some people may use excessive force, clench their teeth, hold their breath or rush, causing undue muscle tension and skeletal stress. Years ago, I realized that my frequent headaches resulted from an unconscious habit of clenching my jaw when I concentrated intently on a task like sewing or cooking. Feldenkrais teachers do not give formulas for a proper way of behaving; rather, they rely on their patients’ ability to self-discover and self-correct.

Once aware of their counterproductive habits, students are given the opportunity to experience alternative movements, postures and behaviors and, through practice, create new habits that are less likely to cause pain.

Mr. Wyszynski told me that there are more than 1,000 distinct Feldenkrais lessons currently available, most of which involve everyday actions like reaching, getting up from a chair, turning, bending and walking.

As a mechanical engineer and physicist, Dr. Feldenkrais understood that the job of the human skeleton was to accommodate the effects of gravity in order to remain upright. And he wanted people to achieve this in the most efficient way possible.

Using two tall foam cylinders, one perched on top of the other, Mr. Wyszynski demonstrated a guiding principle of the Feldenkrais method. When the top cylinder was centered on the bottom one, it stood in place without assistance. But when it was off center, perched near the edge of the bottom cylinder, it tipped over. If instead of cylinders these were someone’s skeletal parts that were askew, tightened muscles would have to keep the patient from falling over.

As Mr. Wyszynski explained, “Good posture allows the skeleton to hold up and support the body without expending unnecessary energy despite the pull of gravity. However, with poor posture, the muscles are doing part of the job of the bones, and with poor skeletal support, the muscles have to remain contracted to prevent the body from falling.”

A version of this article appears in print on October 31, 2017, on Page D7 of the New York edition with the headline: 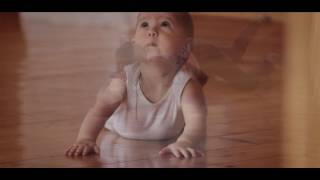 Return to Innocence in 2019 Awareness Through Movement® Classes: 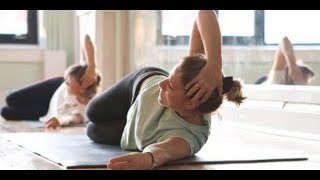 Language of the Skeleton!

Interview From Locals Guide, Ashland, OR 2016 see also at http://ashland.oregon.localsguide.com/repa

Repatterning The Brain and Body with The Feldenkrais Method®

WHO? Benefits from Awareness Through Movement Classes?